Exercises for Low Back Pain from Your Chiropractor in Fairhaven, MA

I’m gonna give you four exercises for your lower back pain that you can do at home. Four are gonna be stretching exercises, and four will be strengthening exercises. And then I’ll do two that are sitting exercises.

Chiropractic Stretches for Low Back Pain in Fairhaven, MA

And so here we go. The first exercise Julia is lying on her back and we’re having her pull one leg to her chest. And then the other hold about 20 seconds, do that twice. And then the last time, pull both legs to the chest, hold that for 20 seconds and then repeat it again, you know, twice each.

The next exercise is one leg is bent, the other leg is knee over knee. And the top leg pulls the

bottom leg to the top leg side. That stretches the glutes in the same opposite side. Again, 20 seconds a piece, do it twice. That’ll stretch the iliotibial band and the glutes.

Next exercise is using your hand, you’re gonna use the opposite hand and pull that leg over. And again, accentuating the gluteal, the lower back leg stretch. And again, we do it the other side, ideally twice each holding for 20 seconds.

So those are some stretches that you could do at home. When you’ve injured your back, more than likely there’s nerve irritation and inflammation, and the muscles will contract and get spastic initially.

So in the beginnings of care, we wanna stretch those muscles. As you’re responding to our care, next set of exercises we’ll do is strengthen the core or your abdominal lower back muscles so that when we make the correction to your spine, your spine will hold its alignment longer.

Chiropractic Exercises for Low Back Pain in Fairhaven, MA

So this first exercise we’re putting Julia’s hand and my hand underneath the back, we’re doing that to make sure that her back is pushed down into our hands, that is determining the strength of the lower abdominal muscles. So she’s pressing hard down.

Now an extension of that exercise is to press down at the same time, it’s called the pelvic tilt and she lifts one leg at a time, and then the other leg, without lifting her back off of those muscles.

The next part of that exercise would be what we call a crunch. She’s actually pushing her back down into the table like we did in the first exercise. And she’s only coming up maybe 20 to 30 degrees, no nowhere near getting close to her knees when she’s doing those crunches or those sit-ups.

That will work the upper abdominal muscles, the next stretch or strengthening exercise, I should say, is strengthening the gluteal muscles. So the glutes, the medias, the maximus, the minimus, we’re working those muscles as she’s lifting up tabletop. So what we’re trying to get is her legs to be stable, no abdominal movement and as she’s lifting her legs up, there’s no variation in that.

As she’s lifting, she should be lifting her upper torso off the table also. And what we’re strengthening there are the lower back muscles, the (indistinct) and the other muscles that are stabilizing the lower back.

So those are the four strengthening exercises.

Chiropractic Care for Low Back Pain in Fairhaven, MA

Now we’re gonna show Julia two exercises sitting that can be done at work, at your desk, or if you’re watching television and simply we’re gonna be stretching the piriformis and the gluteal muscles in the lower back muscles by doing these stretches here.

So the first part of the stretch is taking the ankle of one leg and putting it on the knee of the other leg. Now, the key here is you see how her leg is elevated. Yes. We wanna make her leg

parallel to the floor as she’s doing here?

And then you want to pretend you have a tie on and someone is tugging your tie out. Now, it’s not what we want to have happen is what she did. She tucked her head down and that’s a wrong way of doing the exercise. The correct way is to pull your chest over that leg and now she’s doing it correctly.

As she’s keeping that leg parallel to the floor, and you do it two times again, holding for 20 seconds. The second time she does it, it should feel a lot better.

And then the third part of this exercise is pulling that same knee into the opposite shoulder as far as you can go. And again, 20 seconds twice each. Now, here she goes again, and we’re stretching the piriformis on that left leg as she is. And then she’s getting a greater stretch there when she backs off and does it a second time, it won’t hurt as much.

You’ll notice that when you do this stretch and the stretch will even go further.

Our dedicated staff uses high-touch, high-tech advanced treatment options through a variety of medically developed programs to help you achieve your wellness objectives. 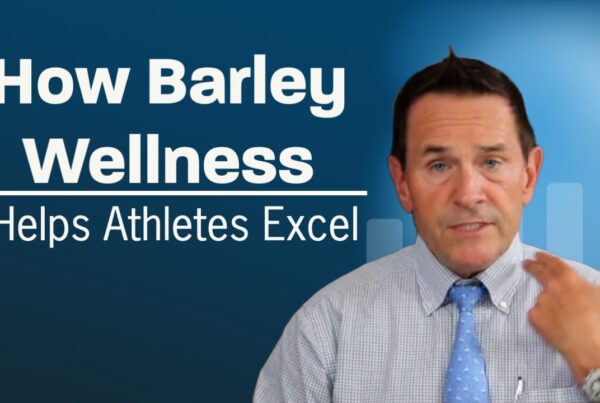